I have enjoyed many memorable birthdays. For my 18th birthday, my parents and sister threw me a surprise party (my cousin wrote me a song!).

When I turned 19 (or 20), I was working at McDonalds and some of my church family from Rescue showed up at the end of my shift. (That was a surprise, too).

One year Kady, our cousin Kalani, and I went and saw How to Train Your Dragon.

During our first year of marriage when pocket money didn’t exist yet, we went to the Sunrise Mall for banana juliuses from Orange Julius and photo booth photos.

This year, though, has been my favorite so far. My birthday is at the end of March, but the story starts all the way back at the beginning of February.

It was a Friday and I was looking at the next week’s schedules posted just outside the office when my boss said my name. So I stepped into her office to have a better conversation, and for whatever reason I looked down at her open planner and in the March 30th box “TE Off” was written there.

Don’t say anything, I thought for like one second right before I pointed and said out loud, “Oh I get my birthday off?” I was totally thinking that this was something my boss liked to do if she could.

However, she slammed the planner shut and said, “You weren’t supposed to see that! You’re husband is going to kill me!”

And that is how I found out that Anthony Paul, who has only become more clever at surprises (obviously) since we’ve been married, called my boss back in January to ask her for my birthday off. I grinned the whole morning because it was the cutest thing.

In the moment, though, I assured her I wouldn’t tell him and that he wasn’t going to be mad and all this.

But as the day went on, I knew I would never be able to keep it a secret that I knew. Fortunately, that Friday at work was a crazy day and I was able to focus on other things besides the surprise I had discovered.

Fast forward to that evening—after Magic Night at like 10 o’clock at night—I told Anthony I needed to tell him something: “I need to tell you something but I don’t want you to react because I might only know part of it.”

And when I told him he just smiled and was super calm about it. “It’s kinda funny actually,” he said.

“You can punish me by taking it back,” I told him.

He laughed but said he wasn’t going to do that, and then he told me that he called work one day when he knew I would be on my route and wouldn’t be around to answer the phone. He already had the day requested off from his day program. And I think that’s when he told me the plan for the morning of my birthday: set our alarm for 6:45 a.m. when he’s already supposed to be at his morning caregiver job and watch me freak out about him being late and make him call his boss there and probably his boss at his day program and mine as well. (I can’t say that it wouldn’t have happened. There’s a very high chance it would’ve. At least the freaking out part). After I found that out, I’m kinda glad it wasn’t a surprise anymore.

Fast forward to Wednesday, March 30th: it’s a good thing I knew, too, because I was the first one awake and already received my “Happy Birthday” song phone call from Mom and Dad.

Our first unofficial stop was Safeway (because I requested this and they make really good sandwiches) and then wherever else Anthony had planed to take me. This was the only stop I knew about. All the others were surprises.

First stop was Origin Coffee & Tea in Rocklin // I’d heard about it from a Facebook friend and met Monica here during Christmas Break, but hadn’t been back since. Anthony couldn’t remember if I’d ever been, so he decided to start our adventure off with a reading date 🙂 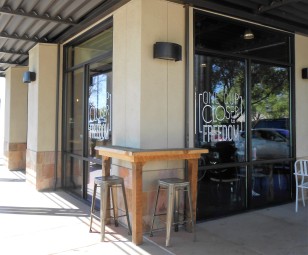 Next stop: Golfland Sunsplash // Where I got really excited to play arcade games and Ant was like, “My original plan was to go mini golfing, but you can play arcade games if you want to.” And so he put $20 on a game care for me 🙂 At one point during Mario Kart I was in 2nd place! And that Plinko-like game was the last one I chose to play. MY ball ended up landing in the Jackpot bucket and I won 500 tickets (this never happens!!!), bringing my total to 822 tickets.

This is what 822 tickets will get you

Then we stopped at A1 Comics because I’d never been there before. It’s up there on my list of favorite comic/game stores. (not pictured)

And then the big one, a place I’d been dreaming about since October 2nd of last year. We headed to Petaluma 🙂

we have unofficially named this The Sky Bridge

And then we reached a beautiful place of Copperfield’s 🙂 Anthony told me we would stay as long as I wanted to. We were here for two hours. 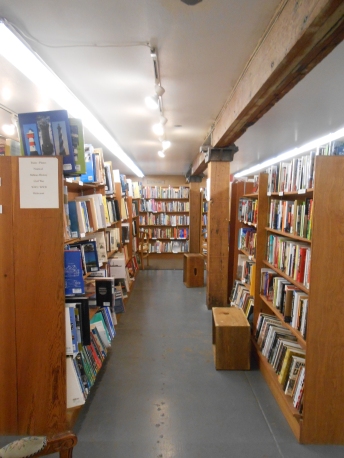 Oh Cooperfield’s, how I love thee 🙂

Seriously, this is what every book store should look like when you walk in!

so so spoiled and loved 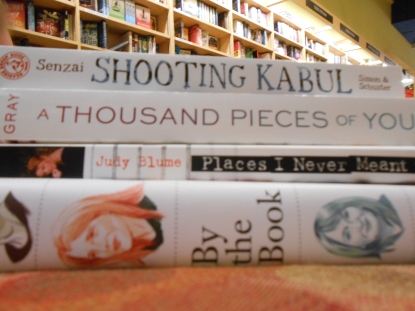 And headed home around 5 o’clock. 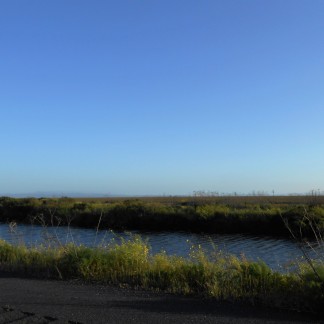 The next night after work, I went birthday shopping with my mom, sister, and niece.

And that Saturday we celebrated with friends and family, finger foods and homemade ice cream and strawberry shortcake. 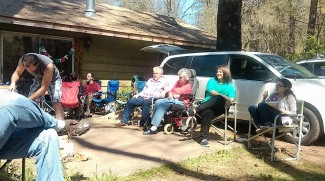 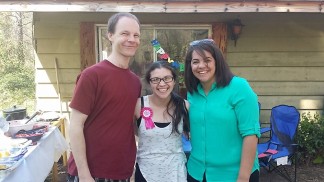 We have been blessed with the best people in our lives. They take good care of us and are there when we need them most.

Celebrating 25 was my most unique birthday yet. It will be an adventure I remember forever.

P.S. I know, I know two blog posts in one day, but I don’t want to be a day behind in the Blog-tember challenge anymore, so this is the only time I plan to do this. – Tracy