August 27th, 2016 // Winding through the canyon on Highway 49 Saturday morning, I listened to the very first episode of the STORY podcast, which you can find on iTunes. (It’s essentially a way for the people who attend this conference to stay connected to it all year around).

And honestly I don’t think it was a coincidence that just a week after subscribing to it that when I went to the podcast app on my iPod, STORY’s first episode downloaded and Jeremy Cowart’s name was apart of the title.

February 2016 // But this really goes back all the way to February when Jeremy shared his  “I’m Possible” video on Facebook. (You can view the video at his website by clicking here).

I watched it with Anthony the next day. And then maybe watched it a third time.  It made me think about all the times I had said, “I can’t” and that maybe if Jeremy could build a hotel, I could do something as “simple” as finish my novel, wake up early, exercise, clean my house regularly. So, I signed up for the mailing list because I wanted to know more about this hotel idea Jeremy had spoken into existence.

The emails started coming. But I didn’t fully read them. I skimmed. Some of them I didn’t read at all. I watched the date get pushed back from May 16th to July 12th and then to July 19th. But every month we sat down for our Budget Meetings, I never brought it up. I never asked if we could give to this hotel.

In all honesty, we could have pledged in June. June was a fun month: we ate out a lot (this is rare for us) and for Anthony’s birthday we treated three of our friends to Mongolian BBQ. And then July was tight, which typically follows fun months.

And now we’re in August. And I’m seeing all the articles about all the interviews Jeremy is doing, but I’m not reading any of them. But for some reason it’s staying in the back of my head. We have leftover settlement money from our insurance totaling Mozzie (my 2004 Saturn Ion) and I got some extra hours working at a care home. So I asked Anthony if we could do something fun with some of the extra money. And The Purpose Hotel was in the back of my mind during this time.

We kinda talked about it last week and decided to sleep on it and then Thursday we emotionally decided to make a spontaneous trip to Barnes and Noble.

I silently asked myself, Why are we okay with spending $100 at Barnes and Noble but not okay with giving to a hotel that can change the world?

Then sometime after than or before that (the details are fuzzy now) I went to listen to a podcast and Episode one of the STORY podcast downloaded, starring Jeremy Cowart. I was like, “Why does that name sound familiar?” And then it dawned one me: “The Purpose Hotel” and my first real thought was: Not more of this, and I went about whatever I had planned to do.

Saturday Morning // Thank God for an hour long drive to my parents’ house and my car being kinda small for Anthony to be comfortable driving in it. We could even thank God that Anthony commutes to Roseville for work and that’s why I offered to drive that morning. (Because my car only goes back and forth to Auburn).

I saved that episode to my iPod so I could listen to it on the way to Shingle Springs and I was humbled by the conversation Harris III, Sammi, and Jeremy had, not only about The Purpose Hotel but about life and change, fear and faith, failure and hope, dreams and ideas.

Jeremy said this near the end:

“If I go down as hoping too much in the public, if like that’s my big failure is that I thought the public would respond and hoped too much in people, then that’s okay. That’s not a bad problem to have…it’s just part of the on-going story.”

Wow. Convicted. I’m in a place right now where I’m learning to love people. Like, really truly love people. I let my high expectations get in the way of people being human, being flawed.

Quietly at Mom and Dad’s house I said to Anthony, “Can I ask you a hard question?” He nodded, and I said out loud what I had silently asked myself just days before: “How can we be okay spending $100 at Barnes and Noble but not giving to a hotel that can change the world?” And in that moment on the couch in my parents’ living room, it was decided: we would pledge to The Purpose Hotel and become partners in this life-changing thing.

This decision was not made lightly.

I am so conflicted about giving. I know, I know that’s a really horrible thing to say, but it’s the truth. Anthony and I are walking Dave Ramsey’s Baby Steps and we’ve moved into Baby Step 2 (Dumping Debt). And we’ve never really needed to figure out how to balance getting rid of debt with giving because we’re committed to being debt-free and we know giving will happen when our income isn’t tied up in student loan payments.

The Purpose Hotel is different. 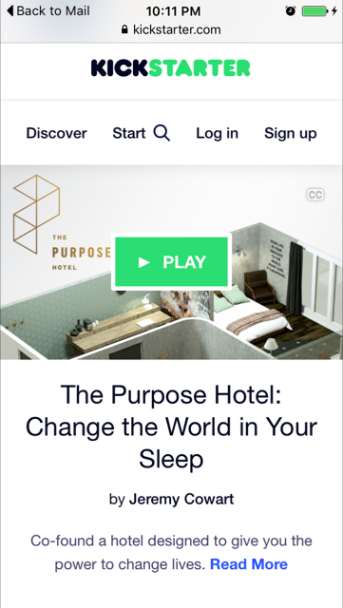 And I think we partially have the month of June to thank for this decision, when we treated our friends to dinner and then once we took a friend out to frozen yogurt. A co-worker of mine once bought me a couple tacos to eat on my lunch break before a staff meeting because she knew I wouldn’t go out and buy anything. I have never felt so loved before. But at the same time it hurt because I’m not at that place where I would just do that, even though I want to so bad.

But they’re called Baby Steps for a reason. We’re trying to focus on one thing at a time and not wear ourselves out.

But The Purpose Hotel is different.

We’re part of something huge. And I’m excited that we might help make this possible.

I know this isn’t the best written post I’ve put together. And it’s probably confusing.  I honestly feel like I’m wandering around and I don’t even want to share it, but we’re days away from the deadline and I can’t put this off any longer. I hope you decide to pledge. But at the very least, go watch the video. I can’t do it justice, describing what The Purpose Hotel will be doing and all the people around the world we will be helping. We’ll know Friday, September 2nd if this worked. You also get cool perks at the different level of pledge amounts. 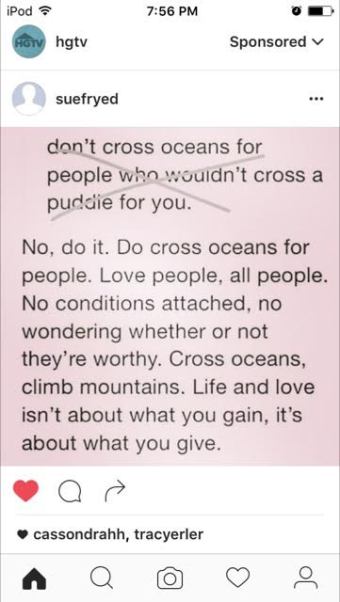 Let’s change the world, people. Let’s build that rocket ship. Let’s dare to hope in and love people, even if it’s the scariest thing in the world.

One thought on “Let’s Change the World”